The Cool Mediators Foundation was created in 2009 to host public events and develop web based software tools for interactive discussions in the public domain about art, culture, politics and society.

Cool Mediators has since broadened its mission to host, organise, and facilitate innovative projects at the intersection of cultural, technological and urgent socio-political issues. 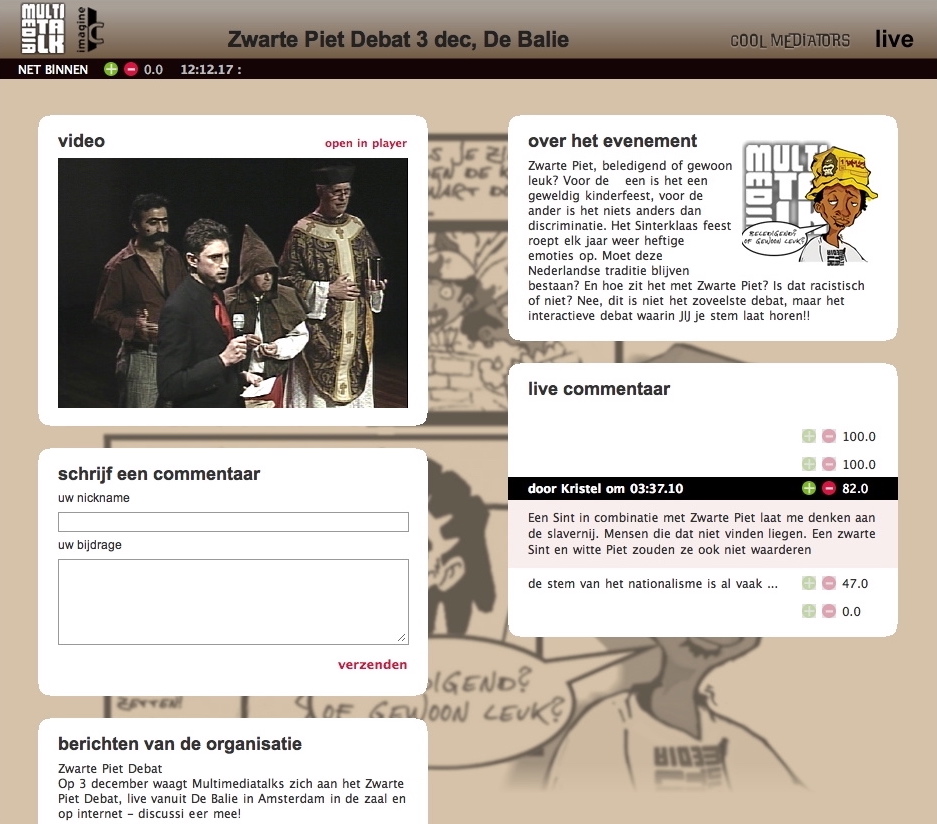 Cool Mediators acts as an organisational logistic unit and an editorial catalyst between public interest organisations and engaged citizens.

Cool Mediators is an independent not for profit organization registered in The Netherlands, and has been supported by the Creative Industries Fund NL, the Democracy and Media Foundation, the Digital Pioneers program, Knowledgeland foundation, and De Balie, centre for culture and politics in Amsterdam.